The common belief on what a “Jew” is and what the nation of “Israel” is today is in contradiction to the bible.

This is also a real touchy subject with most Christians. Most will either plug their ears to the truth or attack you for even trying to inform them of their misunderstanding of what Israel is and who a Jew is.

I don’t intend to write this blog post as a complete explanation or teaching of why the common reference to the current nation of “Israel” is believed to be inhabited by “God’s chosen people” or why a person being a “Jew” is often believed to be that of a person who is of a physical descendant of Abraham, Isaac and Jacob (or who happens to just live in the modern chunk of land calling itself “Israel” today) but I wanted to post just some more basic clear examples that I constantly find in the King James Bible as I do my repeated front-to-back dialing reading.

I used to be confused on the issue myself years ago as I saw most people proclaim “we MUST support Israel” today in order to be blessed rather than cursed and I also saw a few that said that the modern Jews were fakes, Zionists, etc.
I ignored most of it for a while however once I got my core doctrine right and I started to read my KJV Bible front to back a few times starting in 2008 or so I had my eyes opened and realize that being of the nation of “Israel” is not often a physical thing.

So here pictured below are just some basic truths from the Bible that you should consider:

The word “Jew” didn’t come about until we see it used in 2 Kings 16:6 KJV It originally referred to the people of the tribe of Judah. 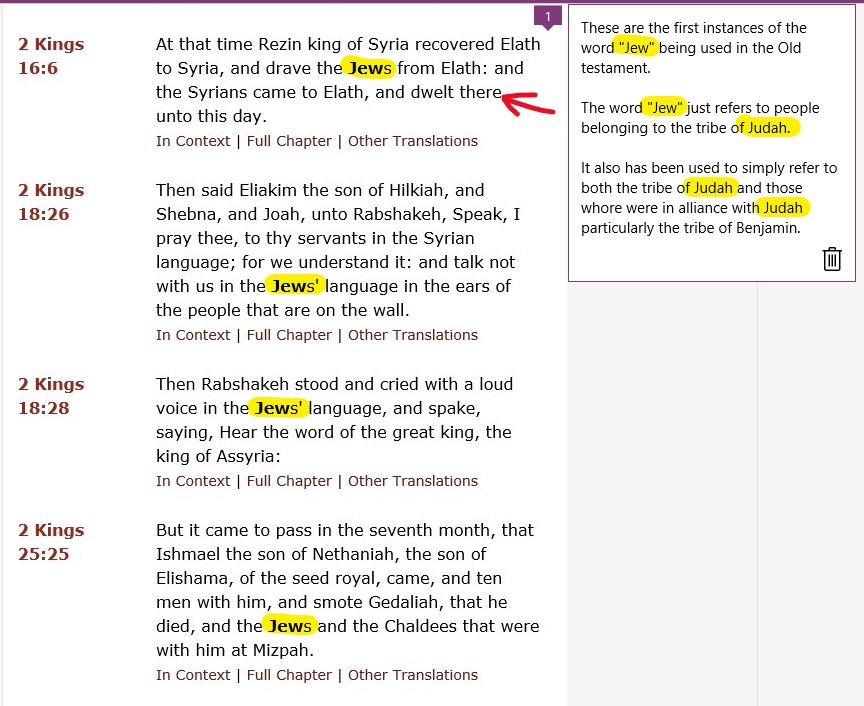 The first mentions of the word “Jew” in the old testament

And here’s something that blows most Christian’s mind’s who have all their beliefs from the common teachings and have not read the entire bible themselves. This also was a shock to me at the time.

In 1 Kings 15 KJV most of Israel had turned from God. The Northern tribes were as a result ruled by a wicked King while the southern tribe of Judah who was joined by the tribe of Benjamin was Godly and had righteous King Asa. At this point Israel went to war against Judah (later referred to as the Jews). So without a biblical understanding of the history of God’s people this might sound weird to think about Israel being at war against the Jews. 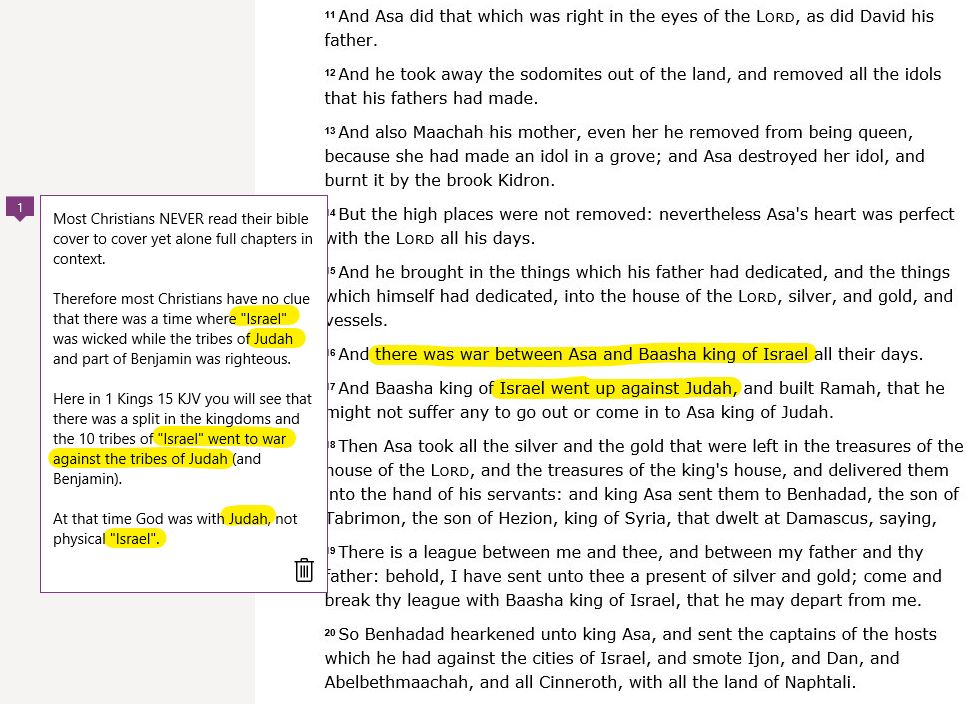 Israel goes to war against the Jews.

And here’s another point to think about. Who is a Jew? Do you have to literally be a direct physical descendant of Abraham, Isaac and Jacob to be a Jew? No. Spiritually it is based on Faith just as today being a Christian is based on faith. And in the bible we see an example here of outside people choosing to become Jews! 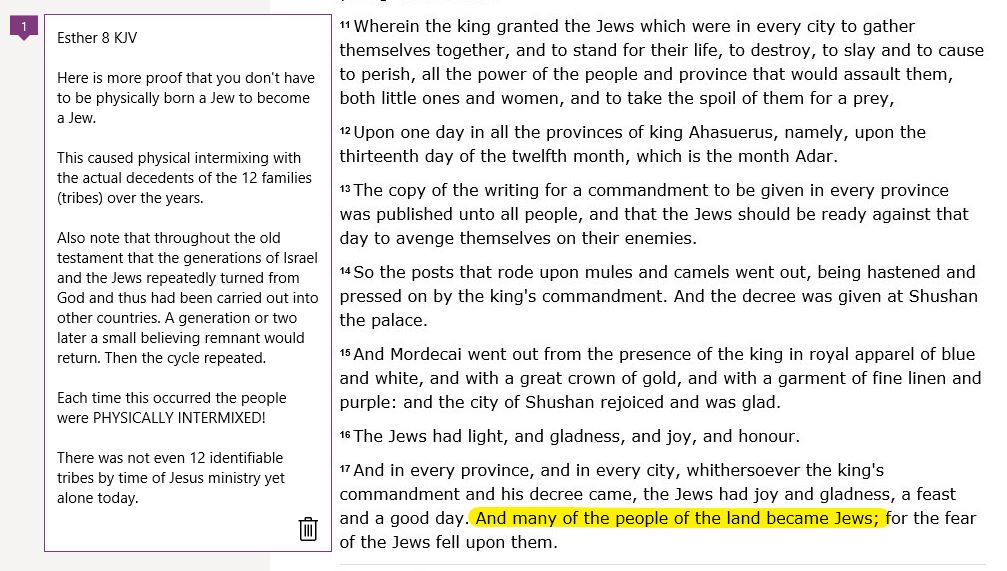 You don’t have to be born a Jew. People could become a Jew just as people can become a Christian.

Which leads into the concept of intermingling.
Intermingling happened soon after the first generation of God’s people inherited their land. The generations (descendants) would forget God and as a result, the people BROKE THE COVENANT WITH GOD and as a result God would cause or more like allow them to be conquered by their enemies and thus carried out of their land.
(Yes, the covenant between God and his people was conditional. Don’t question me, read the KJV Bible and find out).

Later a remnant of believers who turned to the Lord in faith (often shown by obedience) would be allowed to return to the land. Only to have their future generations turn from following the Lord once again and repeat the cycle.

Each time the people from Israel were intermingled with the heathen. By time Jesus performed his ministry on Earth there were hardly any recognizable tribes remaining. Yet alone today.

I could go on however as I said I don’t intend for this blog post to be an in depth explanation but just something I wanted to write after being motivated again today by my daily KJV Bible reading where I am currently in the book of Joshua again which is where the first inhabitation of the “Promised Land” occurs.

I just wish this to be something to make people want to THINK about this and do some research and hopefully become aware that the modern day nation state of Israel today that was formed starting in 1947 by the United Abominations and military might of the heathens was NOT the “children of God” returning to their land. Also just because a person claims to be a “Jew” in order to be reverenced, does not necessarily make it so. There is no pure Jew and there is Jew roots in each one of us.

Below I will post some videos that will help people wake up to the truth but most importantly, READ YOUR KING JAMES BIBLE to know what is the truth.

Watch the documentary “MARCHING TO ZION” below:

The Jews and their lies Part 1

And what about the claims that 6 MILLION JEWS were killed in the holocaust?
That was a fraud.

2 thoughts on “STOP confusing spiritual “Israel” and spiritual “Jews” with the physical!”