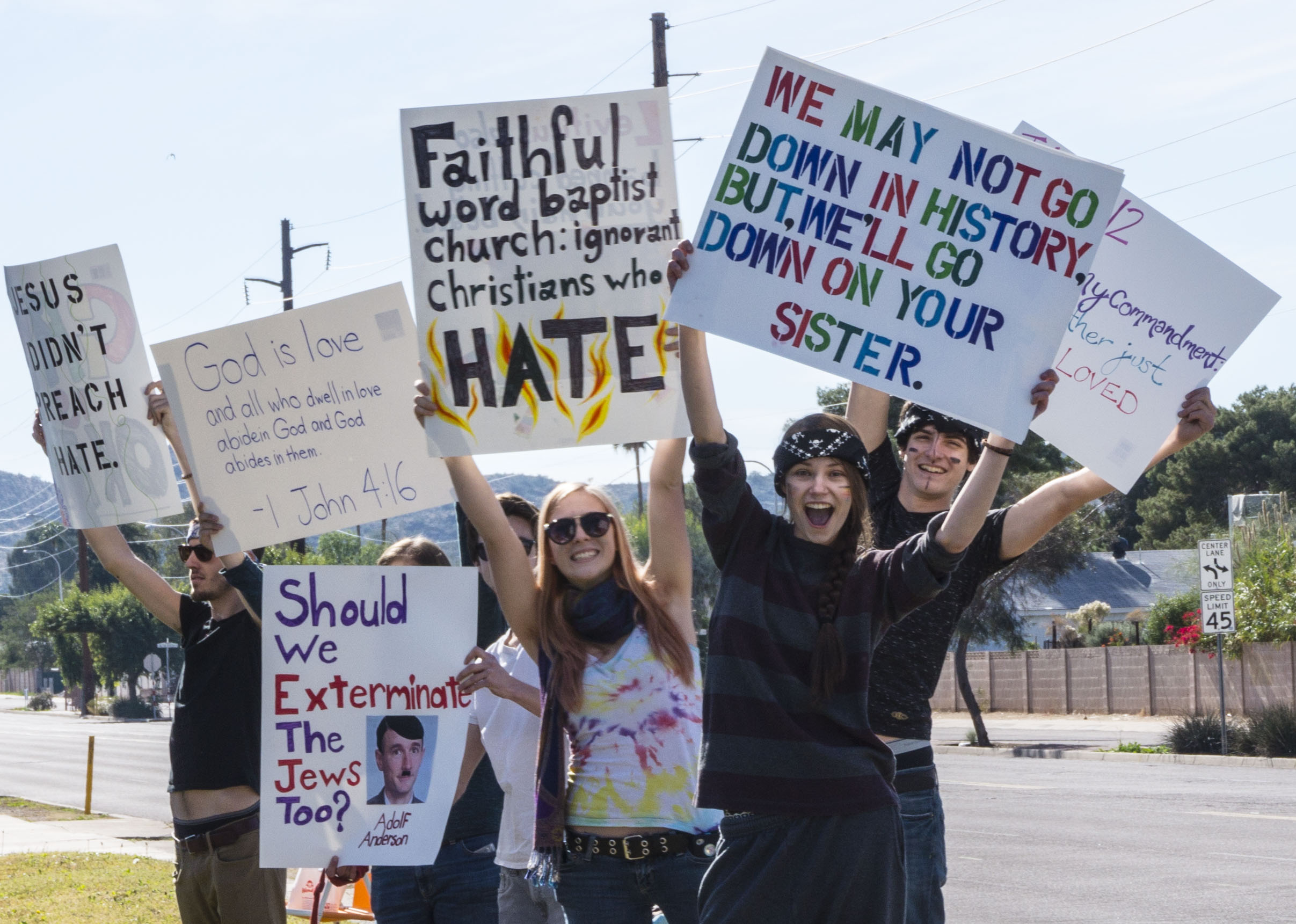 This had to be one of the most lame “Protests” I have ever witnessed. Over 800 people “invited” to the protest with over 30 confirming attendance + over 30 more “maybes” however only 6 of the loudmouth LGBT actually left the comfort of their mama’s computer and actually showed up.

Here’s a screenshot of their “organized” event page on Facebook” 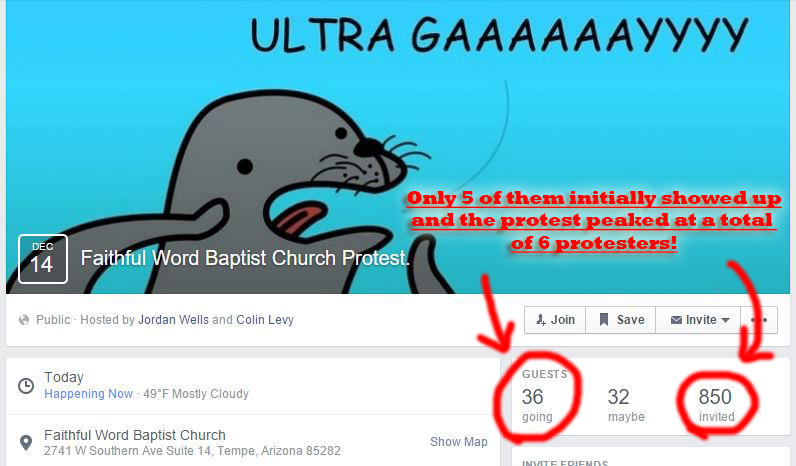 Over 800 people were “invited” to participate in this protest event.
Over 30 people confirmed they would attend with over 30 more said “maybe”.
Only 6 actually got off their computer and showed up! 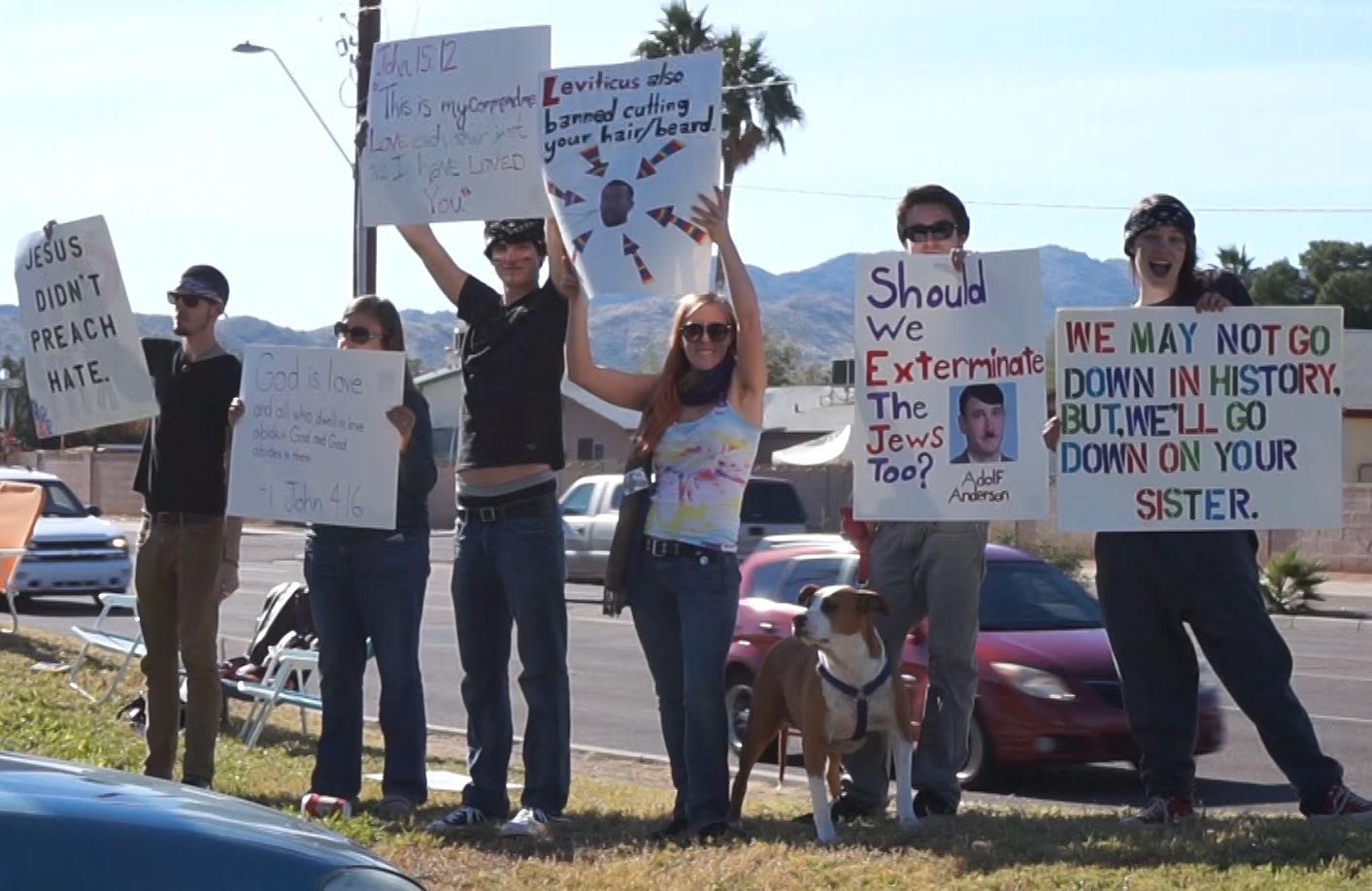 It’s sad that someone can be so downright stupid that they think a bible verse about cutting [goofy] patterns into your head or beard meant that we are forbidden to get a haircut at all!

These kids had absolutely no sources for their opinions and thus were just spewing out typical LGBT Handbook rubbish.
When asked for a source of their belief such as why getting a haircut would be a sin according to the bible they could not answer and would just yell “Bigot”, “Hater”, etc.

It is very likely that only half of them were actual Sodomites with the other half being enablers proving that the mainstream media, the music scene and Hollyweird is doing it’s job at brainwashing the current generation. 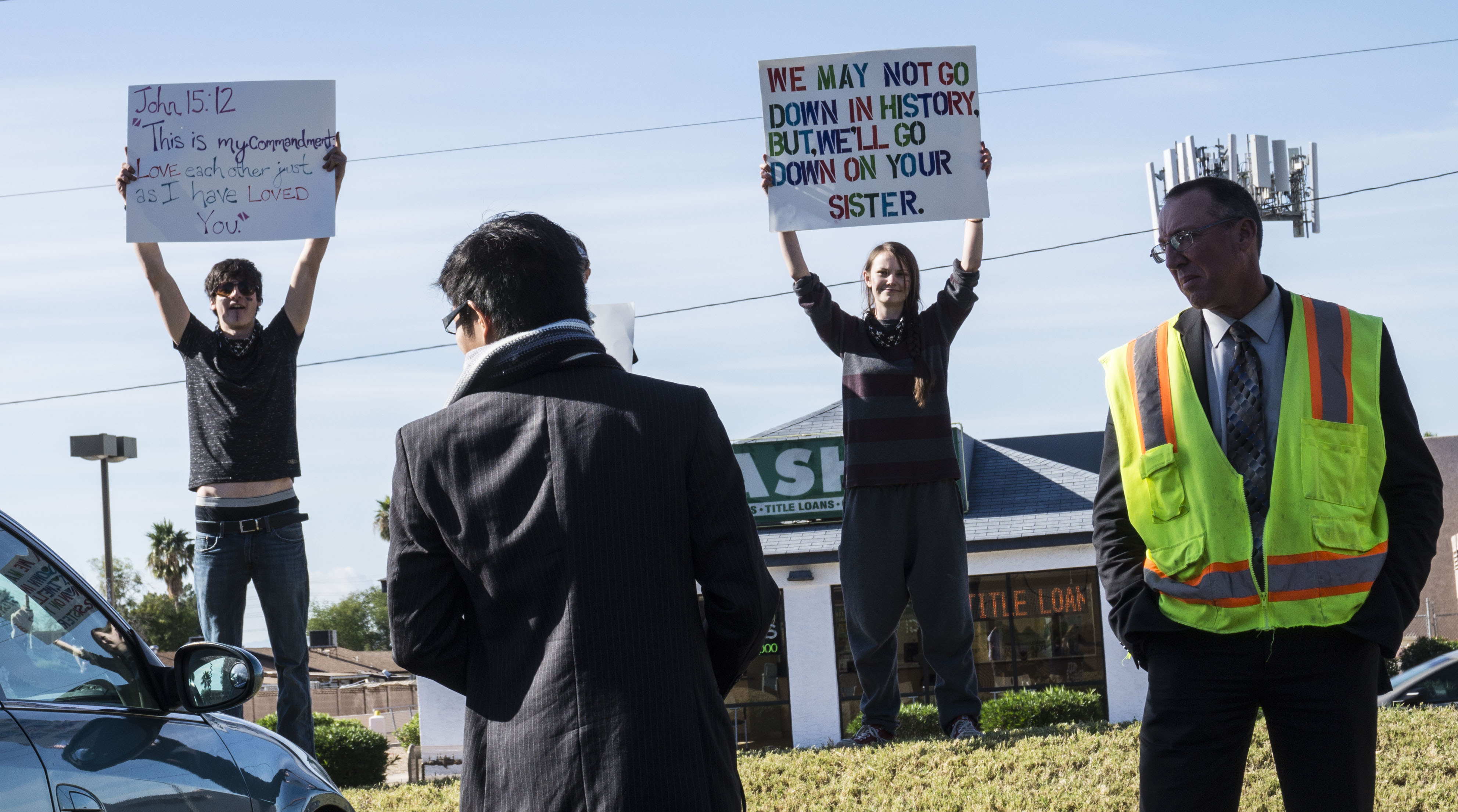 Effeminate skinny jeans kid holds sign that we are commanded to love while a dyke holds a sign about doing abominable acts upon an innocent person. Typical because ALL Homosexuals are violators and we are NOT to love wicked workers of iniquity that hate God!

It is something that one girl is holding the generic “God is love” mantra as if we should just accept them and then there is another girl holding up a blatantly disgusting sign which reveals their true nature and why God and therefore his people hate such workers of iniquity.

To love this kind of Satanic wickedness would be to become an enemy of God!
James 4:4 KJV
“Ye adulterers and adulteresses, know ye not that the friendship of the world is enmity with God? whosoever therefore will be a friend of the world is the enemy of God.” 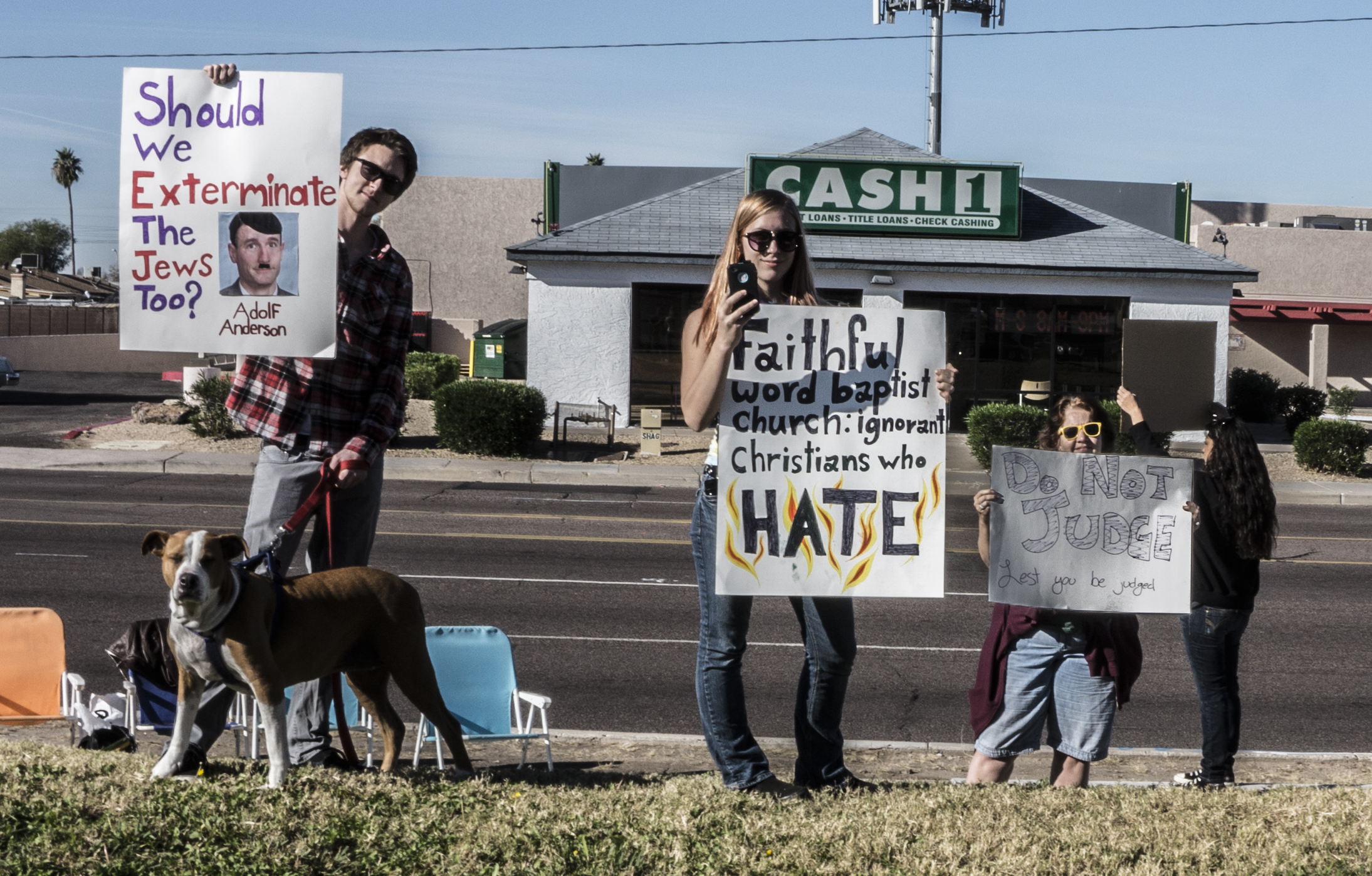 The NAZI comparison is really pathetic.

Pastor Anderson was preaching Leviticus 20:13 KJV in regards that our government USED to enforce Sodomy Laws right here in America and today they no longer do enforce GOD’S LAW thus the Sodomites are working their iniquity (agenda) and AIDS is rampant due to their exponential higher rate of STD’s.

The Nazis headed by Adolf Hitler were into EUGENICS which is a branch of the theory of Evolution that some races of people are “less evolved” and some were more Favorable and therefore in their twisted mind they wanted to speed up the process of killing off the “less evolved” inferior races.

Sodomy is a behavior that a person is responsible for. It is not a race so this comparison is always in gross error.

As for the “Do not judge” sign that lady needs to read Matthew 7 KJV completely and realize that it didn’t say we can never judge but that we as Christians must FIRST get right so we can judge righteously else be a hypocrite.
They would know that if they read past the first verse where instructions are given to first get righteous to then judge clearly.
Also later in Matthew 7 is a LOT of important truths and yet some serious words of warning from Jesus Christ and of course even the watered down “Christians” wont venture into the entire chapter. 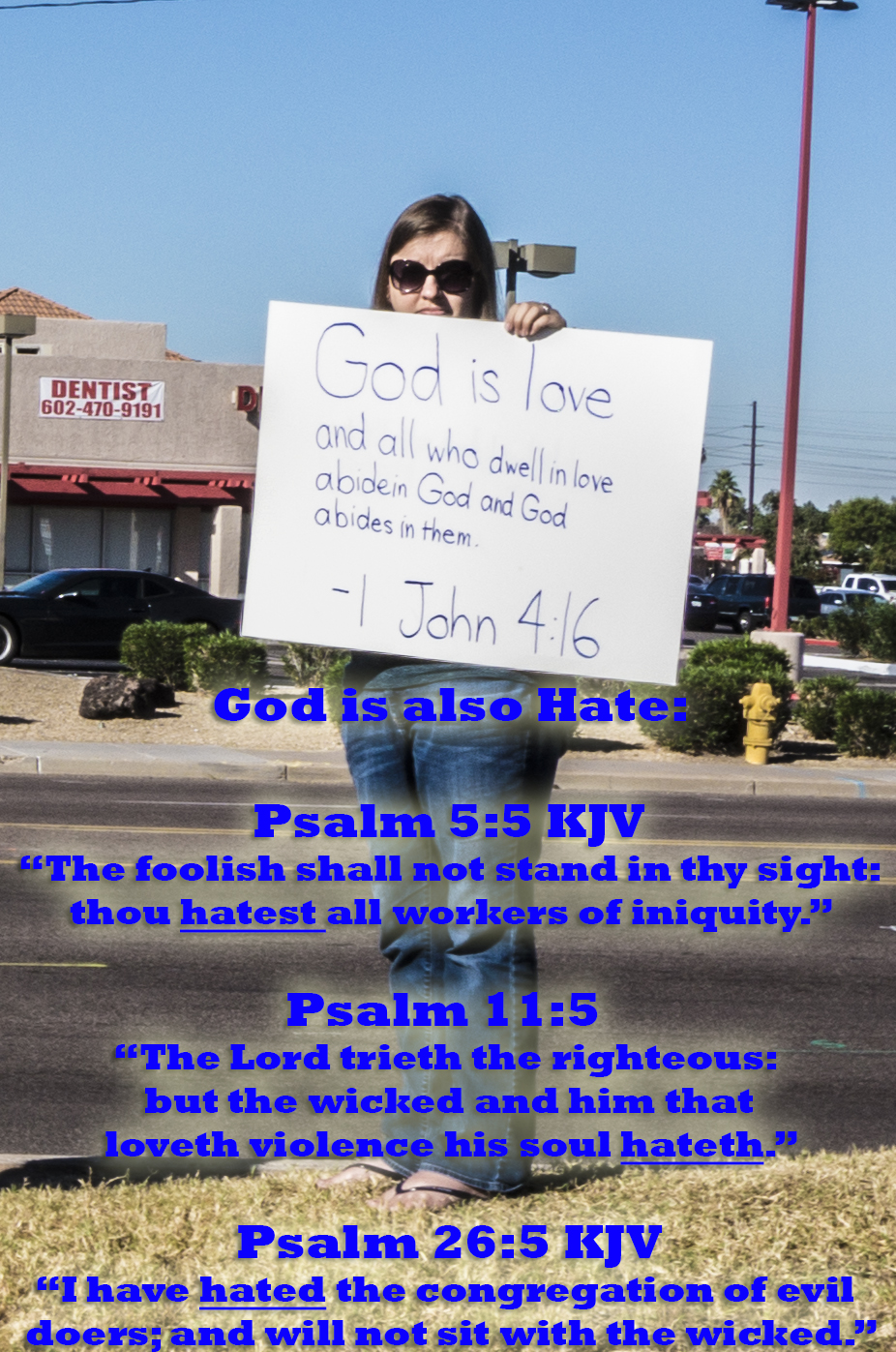 THAT is a total lie.

Both God and the Righteous HATE those that hate the Lord.

Here are a few videos I took of the event.
The Sodomites and Sodomite sympathizers were so pathetic and so without any basis for their “protest” that all you could really do is mock them as I blasted some bold Bible Audio through my Marshall Guitar Amp to drown out the filthy conversation of these wicked people.