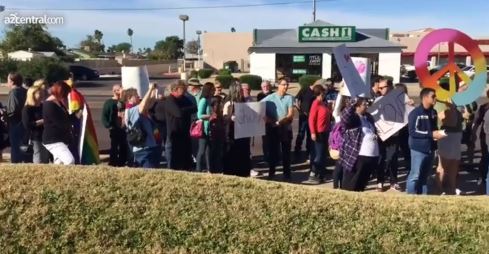 A group of protesters came out to Faithful Word Baptist Church for the Sunday AM Service in opposition of the bold preaching which included the fact that “We could be AIDS-FREE by Christmas”.

That segment of the sermon was actually in response to the stupidity that “We could be AIDS-FREE by 2020” according to the LGBT agenda groups like this one who want funding and research to create devices to keep the queers AIDS-FREE while they continue to live such filthy lifestyles which cause the AIDS transmission exponentially more than any other method among humans.

Among those few protesters who actually managed to get themselves away from their keyboards long enough to go outside was this Jezebel who actually claims to be an “Ordained Minister” according to her Facebook page which doesn’t dare list what fake Church she might be speaking her heresy to a congregation at.

Take note how I had to edit that image of this whorish woman who claims to be a Minister for God! 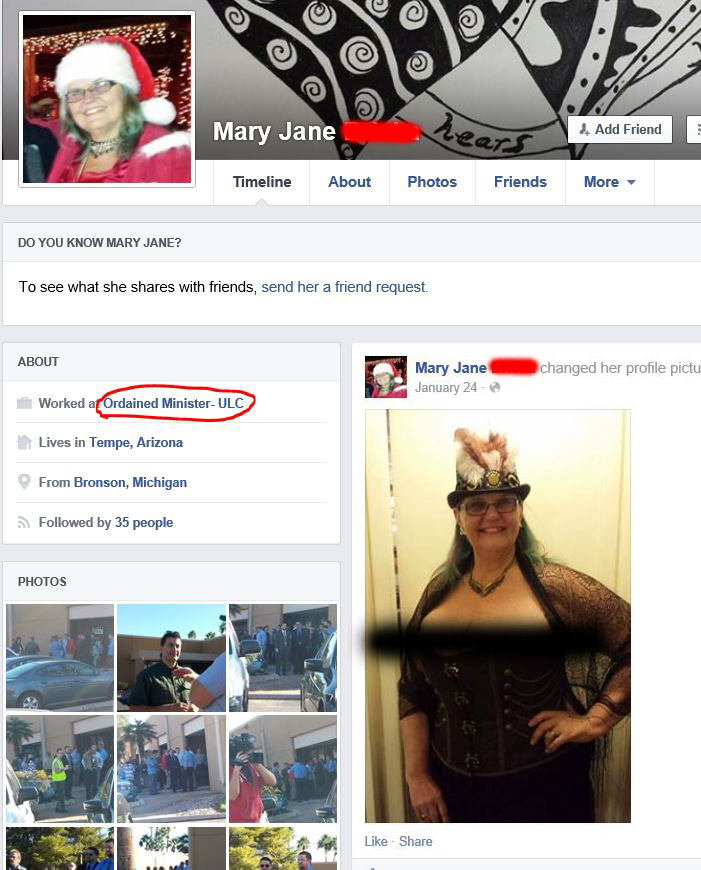 First of all, no woman can be a “minister” (pastor, bishop, deacon etc) of a church.
The Bible clearly defines the requirements here and here which she can never meet not to mention scripture here and here  which commands her to keep her mouth shut in the church (congregation of believers).

This worker of iniquity posted her photos and the news video on her Facebook page.
The photos are really lame. They simply show members of the Church Congregation getting ready to walk into church service.
Oh, she really showed them… NOT! They were so pathetic that members of Faithful Word Baptist Church were sharing them and having a good laugh.

The video description here cracks me up.
She described one of the members as a “Bodyguard with a gun“.

Clearly she didn’t do any research on the church as it is well known that the members are intelligent to know to be armed to protect themselves and their loved ones at all time.
Being prepared for a purpose AND being armed was taught by Jesus in this scripture for example.

She’s also like the local fag priests that the news brought on as opposition in their video reports. Perverts who scoffed at actual bible scripture then had no bible scripture to counter such truth. 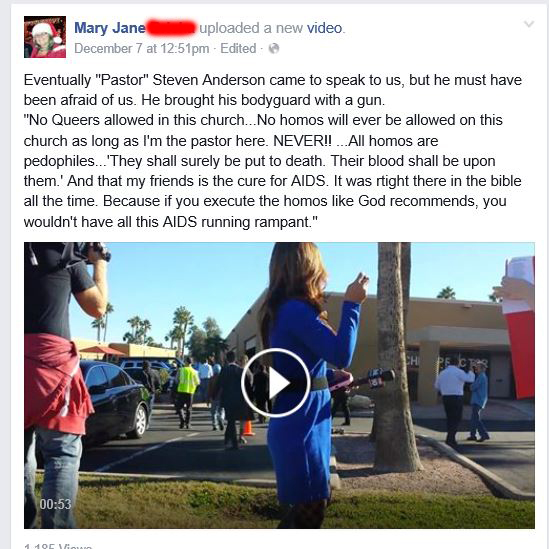 This is actually one of the only modern churches in the area where all members of the congregation have their KJV Bible open in front of them the entire time as the preacher is speaking so that they know if the pastor is preaching the truth or not.  Something that the Bible teaches here and here.
Yet very few modern churches do that, especially the mega-churches that occasionally throw a verse up on the screen every once in a while in their fun centers disguised as a church like CCV, Radiant, etc (worldly churches that are patterned after the world, your favorite TV shows, etc) or the Catholics who don’t even read the bible at all. Obviously. 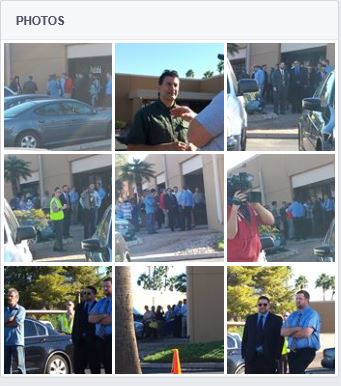 Here is a video of the actual “protest” outside the church.
Several dozen people with rainbow flags, rainbow peace symbols, and generic chants. There was no real purpose. It was lame.
One “Mom” had a sign that said she was a “Proud Mom of a gay man“. She can’t possibly be serious with that can she?
Another person had a sign “Honk if you support LOVE” and when a car honks she smiles as if she proved something. HA HA! Pathetic!

These people that are against the preacher who lifted his voice to show the sins and transgressions of this world (Isaiah 58:1 KJV)  are actually become the enemies of God! (James 4:4 KJV).

Now take note of this protester’s fan base.
A few Queers who have no response to Bible Preaching except to spew nonsense that anyone who opposes filthy homosex is a  “Homophobe” who must be suppressing their own filthy desires to be a fag just like them.

Complete and utter madness! But that is always their argument because there is no truth in them. Therefore no retort to the truth that was preached by the man of God. 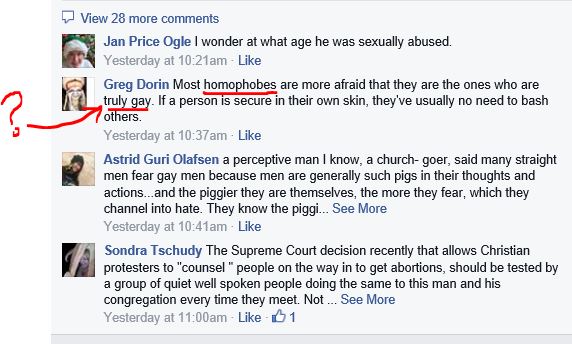 The queers have no retort to the truth of the Bible so they always just claim that the “Homophobe” is repressing his own queer desires. 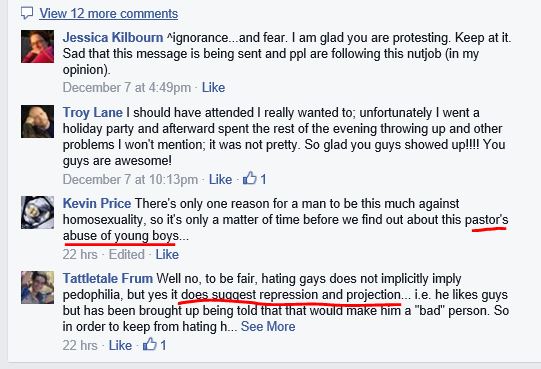 It is no surprise that the fool is deeply sucked into the Right vs. Left Paradigm that you must be either Republican or Democrat and in her case Democrats like Obama are great and Republicans are completely to blame for all the problems.

Blames Republicans for everything

Worships the faggot Barack Obama and thinks he does no wrong.

Here are some highlights from the sermon “AIDS: The judgment of God” that the Sodomites and the Sodie Sympathizers are protesting.
Enjoy this condensed version from the sermon.
The full video of the sermon can be found here with some follow up sermons from other great preachers here and here.