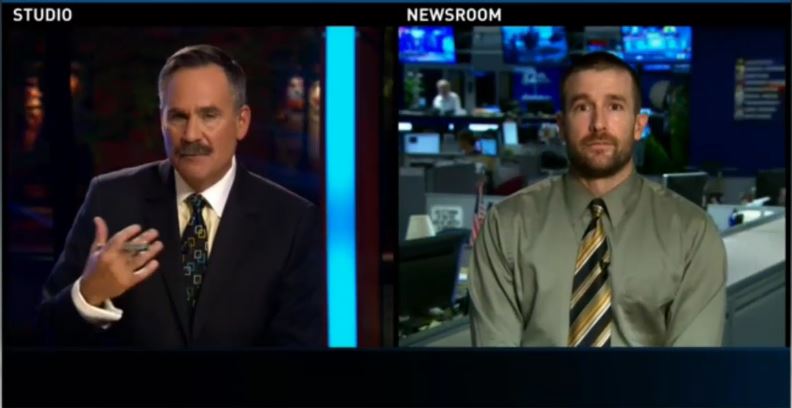 Local NEWS attacks bold IFB Pastor’s sermon “AIDS: The judgment of God” for declaring that America could be “AIDS FREE by Christmas”

The sermon was based on the (then) upcoming “AIDS DAY” on December 1st, 2014
The “AIDS DAY” is something shoved in our faces by the LGBT activist group http://www.worldaidsday.org

The declaration in the sermon that “We can be AIDS-FREE by Christmas” was in response to the stupidity from the AIDS awareness campaign that with funding and research the world could be AIDS-FREE by 2020 or some other stupid goal achieved by drugs or devices.

After the sermon the news agencies were contacted by angry Sodomites so the lamestream news did their typical efforts to attack a man of God who dared to rebuke such wickedness.

Here are a collection of news clips I have saved all in one place for your convenience.
I did add commentary to a few due to gross ignorance on the part of the news reporters.

Another AZCENTRAL/NEWS12 reporter aggressively attacks Pastor Anderson. They interview some “local leaders” from the Tempe town council who ignorantly spews “This pastor has attacked EVERY group” to subtly once again pull the race card.
Source: www.azcentral.com
Watch video below:

Another clip by AZCENTRAL/NEWS12
This one features some protesters including a “Proud mother of a gay man” and a LGBT supportive “Rabbi”
Source: www.azcentral.com

Here’s one from ABC15 Phoenix which pathetically featured
“Gay Catholic Clergy” and a “Rabbi” as opposition to the Bible based preaching of Pastor Anderson at FWBC.
Source: www.abc15.com

This video report from ABC15 Phoenix pathetically features a female “Reverend” as opposition to the Bible Based Preaching from Pastor Anderson at FWBC
Source: www.abc15.com

Here’s a news report by FOX 10 Phoenix which includes some protester comparing the preaching to Hitler killing the Jews and the reporter at the end is upset because the Bible Based Pastor referred to the Sodomites as “animals”.
Source: www.fox10phoenix.com

The Spanish news channel also did an interview with Pastor Anderson.

And last but not least, the actual sermon
“AIDS: The judgment from God”

Leviticus 20:13 KJV
If a man also lie with mankind, as he lieth with a woman, both of them have committed an abomination: they shall surely be put to death; their blood shall be upon them.

Remember. The sermon and the point that we COULD be
“AIDS-FREE by Christmas” was in response to the stupidity being promoted everywhere that raising Billions to funnel into research for a goal that the people of this world can be “AIDS-FREE by 2020” or some similar goal instead of cleaning up the CAUSE which is the filthy lifestyle is madness.

Here’s another BOLD man of God preaching the truth in this God forsaken country as it pertains to Sodomites in the land.

Another great Baptist Preacher standing up for the truth in defense of Pastor Anderson!

For an idea of how utterly stupid “AIDS DAY” and “AIDS AWARENESS” are, check out their LGBT propaganda.
They literally cause the plague that was given unto them by God then expect BILLIONS of dollars in research so they can live with AIDS and HIV.