A Christian bakery firm which refused to make a cake supporting gay marriage with a picture of the Sesame Street characters Bert and Ernie has been warned it will be taken to court unless it apologizes and pays immediate compensation. 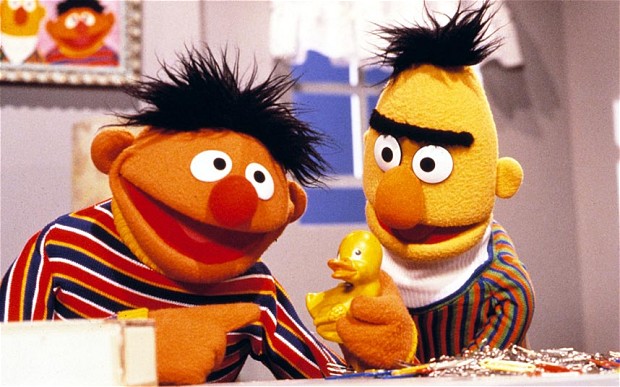 Ashers Baking Co, based in Newtownabbey, Northern Ireland, was told by a Government equalities agency that it was guilty of “unlawful religious, political and sexual orientation discrimination” for its stance on the Sesame Street-themed dessert.

But the family-run firm said it was ready for a “David and Goliath battle” over the cake insisting it was “what God would want us to do”.

The row erupted after it cancelled a £36.50 order to bake a novelty cake featuring the characters arm in arm under the slogan “support gay marriage” in May, saying that it went against the directors’ religious beliefs…