From CBS NEWS:
Child in SUV cliff plunge told neighbor he was being “starved to death”

Not only were the Sodomite adoptive “parents” mentally and sexually abusing their multiple adopted “children” but they were also physically abusing them with starvation and other abuse before finally driving themselves off of a cliff and into the sea just like the possessed swine that they are! (Matthew 5:12-13 KJV)

CPS was involved for years however CPS is slow to act against a counterfeit “family” that they were involved in creating in the first place.

11 Now there was there nigh unto the mountains a great herd of swine feeding.

12 And all the devils besought him, saying, Send us into the swine, that we may enter into them.

13 And forthwith Jesus gave them leave. And the unclean spirits went out, and entered into the swine: and the herd ran violently down a steep place into the sea, (they were about two thousand;) and were choked in the sea.

The mystery of what happened in the Hart family’s fatal crash off a California cliffside remains under investigation. But much of the family’s troubled history leading up to that point is known, and it provides vital clues to understanding why Mendocino County Sheriff Tom Allman said he is investigating the case as a crime. The bodies of Jennifer and Sarah Hart, both 38, were found inside their SUV March 26. The bodies of children Markis, 19, and Jeremiah and Abigail, both 14, were found nearby. But there was no trace of Devonte, 15, Hannah, 16, and Sierra, 12. An in-depth look at the Harts’ past steps reveals a complicated picture of a couple with six adopted children, allegations of child abuse, an investigation from Child Protective Services and a fatal drive off a cliff. (CNN)

Screenshots of MSN/CNN article below with my notes added: 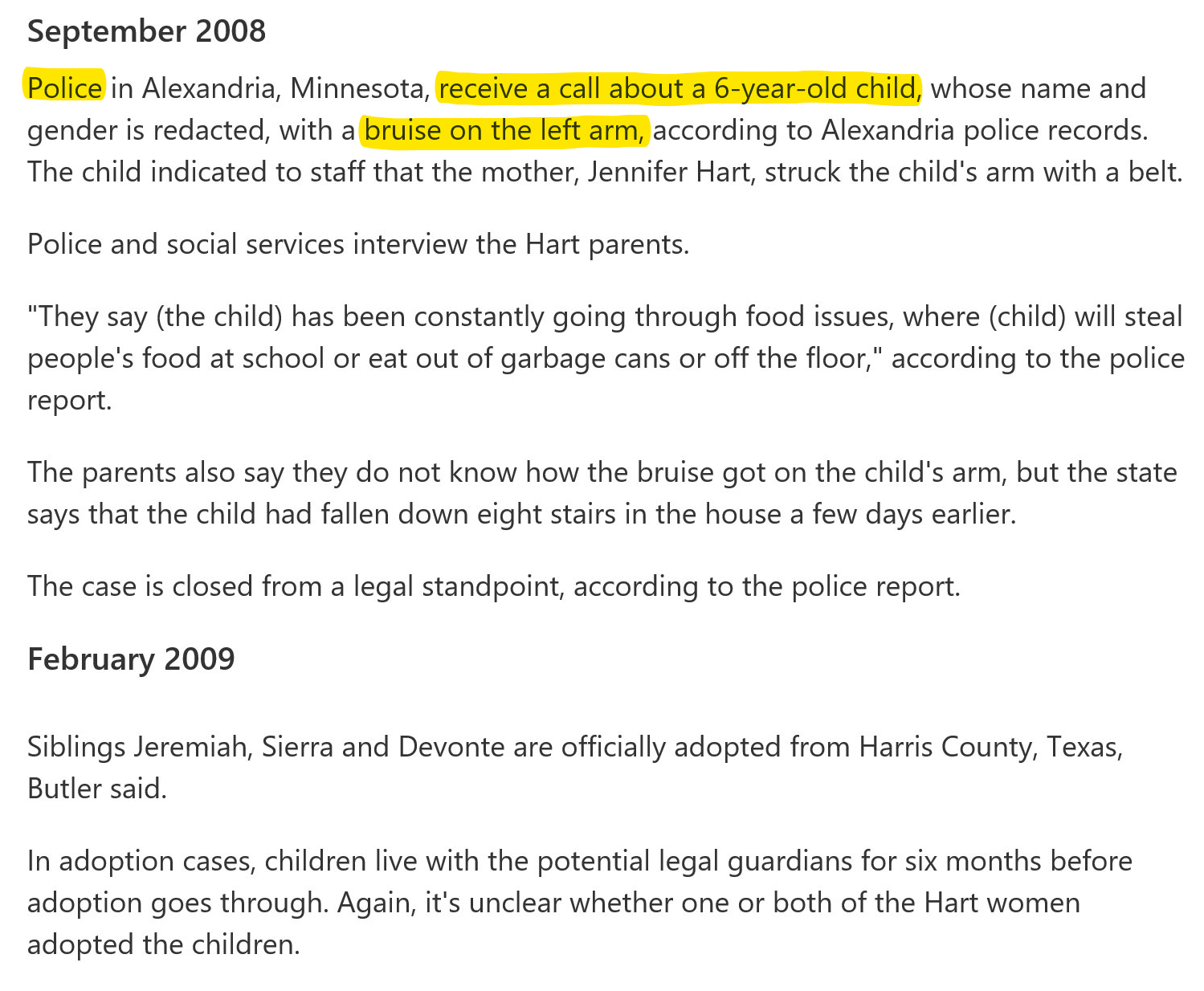 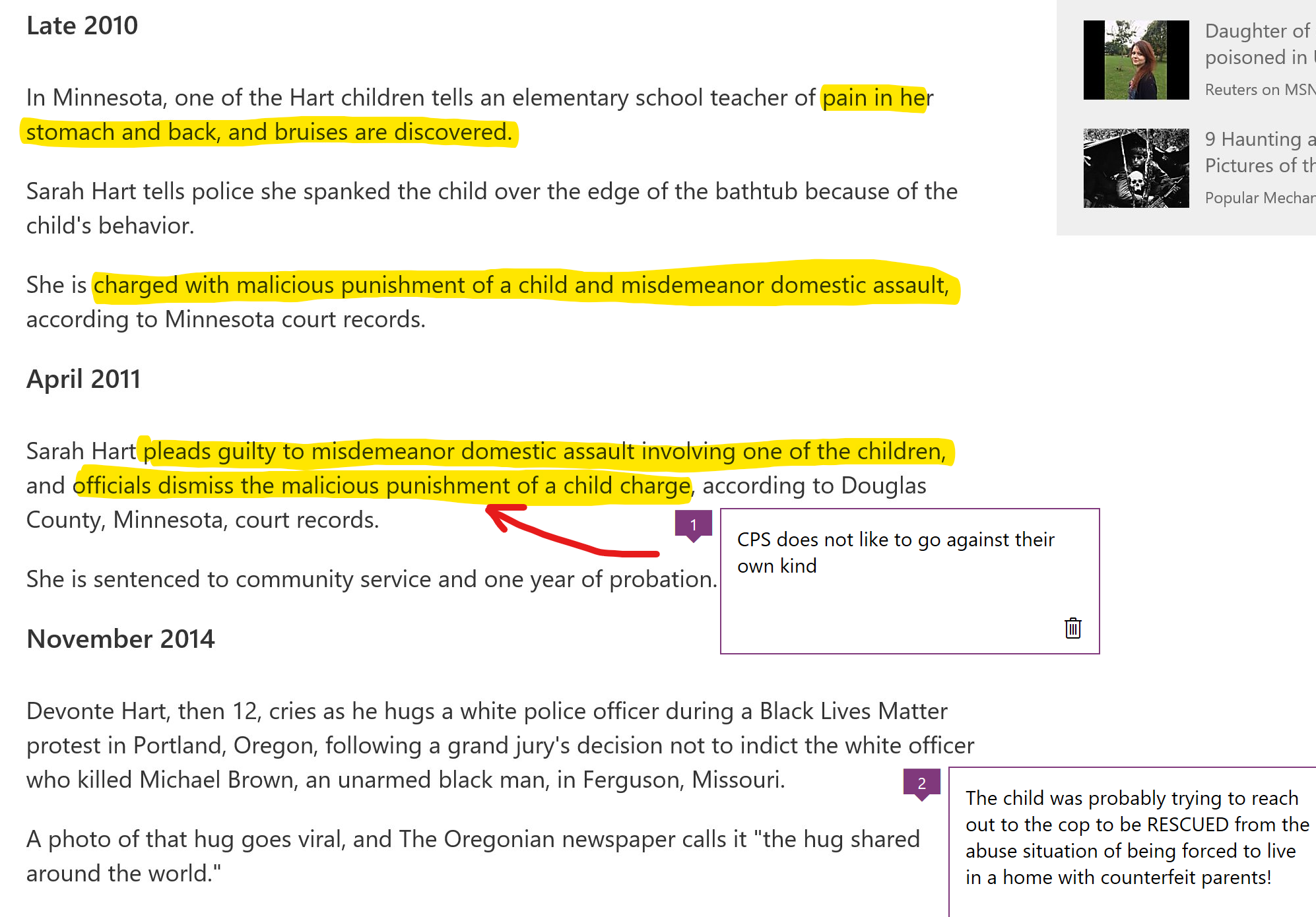