I have a coworker who likes to get into debates on purpose.
I suppose he is used to unlearned non bible reading Christians so he gets upset with me because I can source my beliefs and I don’t fall for the non biblical misquotes such as “God loves everyone” or “hate the sin love the sinner”.
We went to lunch together and he started bashing Pastor Anderson of Faithful Word Baptist Church.
I had to do some rebuke and reproving and the things the guy says are beyond insane.
And as demonstrated, again, while he doesn’t believe in Jesus or the new testament, deep down he doesn’t believe the Old Testament (Tanakh) or the books of Moses (Torah) that Jews claim to believe. http://www.jewfaq.org/torah.htm
Before we finished eating he started complaining about an online sermon Pastor did on France (a fractural sermon about a society that is statistically one of the most morally decedent western societies) and of course it went right over his head.
As the media had people sobbing over the attacks in France, pastor simply pointed out the facts that France is a society where more than 50% of the people state that adultery is acceptable!

The graph on that site shows the number in % of people who think that adultery is UNACCEPTABLE and for comparison you will see that while 84% of Americans think that Adultery is unacceptable (wrong/immoral) you will note that only 47% in France said it was unacceptable. France is known for their “free love” wicked morality.

As the guy started to argue about it I turned on my recording app.
I am no expert but I am learning and I do source my beliefs.
Watch the video below:
In the video I added some stills from the bible and other sources to back up my rebuttle to his insanity.
The thing that blew me away was his claim that the sacrifices were done away with (for the Jews) when Abraham was going to sacrifice his son Isaac but God stopped him. That event, in his eyes, is the end of sacrifices for sin atonement!
Below are some of the still images. Click on them to view full size.
A rundown on the books of the Tanakh (Complete old testament) and the Torah (5 books of Moses) as is commonly understood.

And FYI, the lineage leading up to Jesus Christ was through Abraham (Jesus IS the seed of promise), Isaac, Jacob (Israel) and then the tribe of Judah and through King David.

When the guy mocked me for believing that Jesus always was, where I again have a basis for my belief… 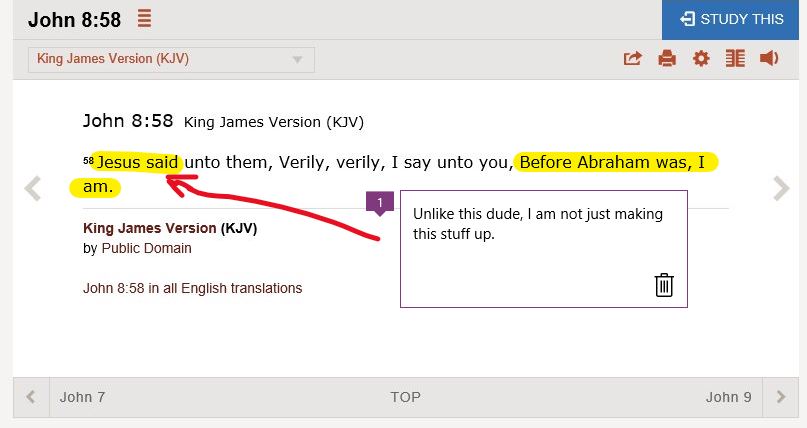 Oh, and the death penalty for Homosexuals in America?
Yeah, that happened from the first colonization (both using the Bible and some by carrying over the law from Britain) until about the 1900’s. “Sodomy laws” were on the books into the 1900’s where Sodomites were punished if caught until the later half of the 1900’s when they were deemed as lesser “crimes” and eventually just not enforced.
The last Sodomy laws were officially removed just a few decades ago.
That wasn’t good “progress” as the progressives believe. It just proves that AmeriKa is now more decedent and immoral. 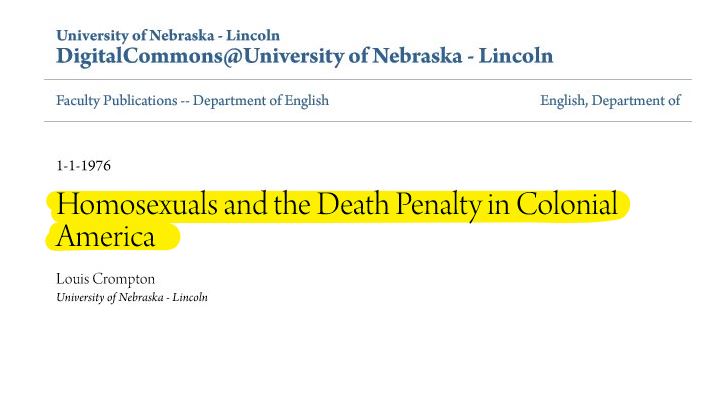 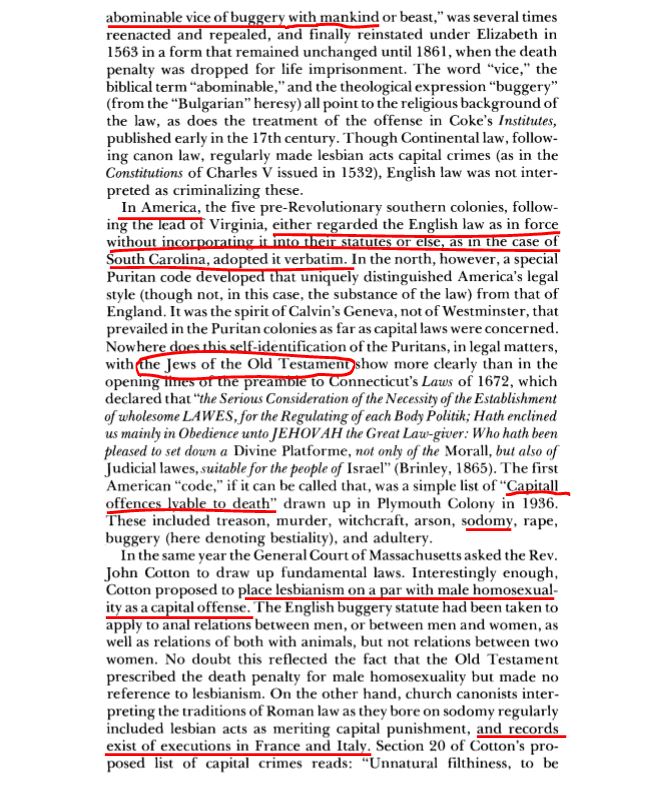 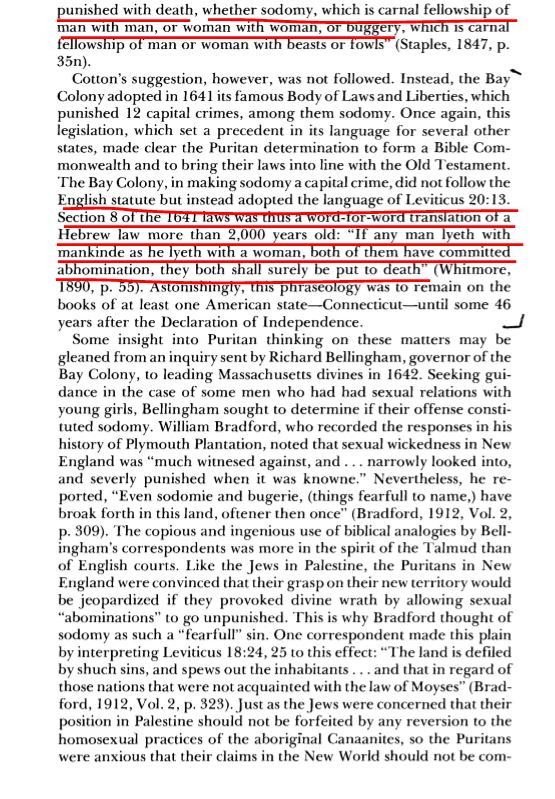 As far as the crap he spewed in the beginning about “loving your enemy” as he denied that we were to ever hate anyone, the guy has no clue that those things are in context of it is simply our own enemy or an enemy of God (worker of iniquity, etc).
Obviously we are to NOT love everyone or everything. 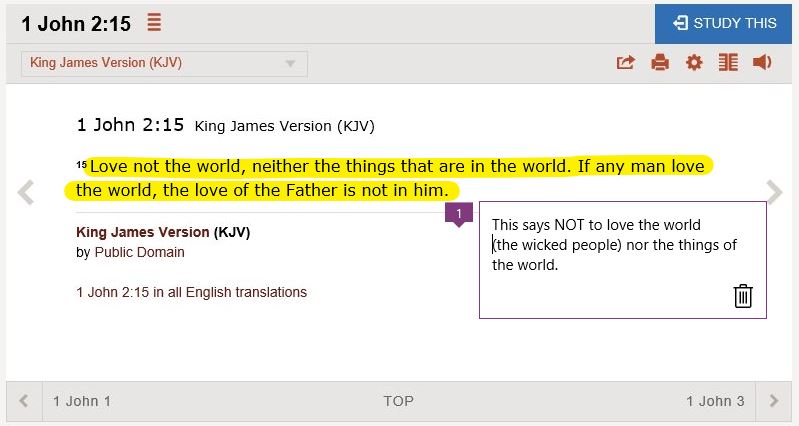 In fact, here’s a stern warning about being a friend with the wicked! 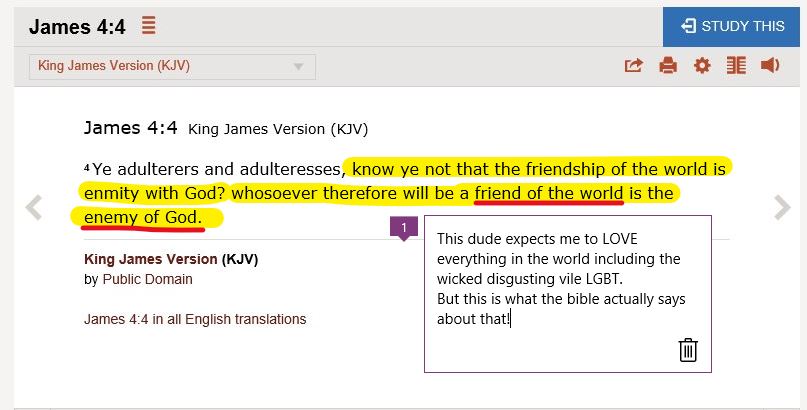 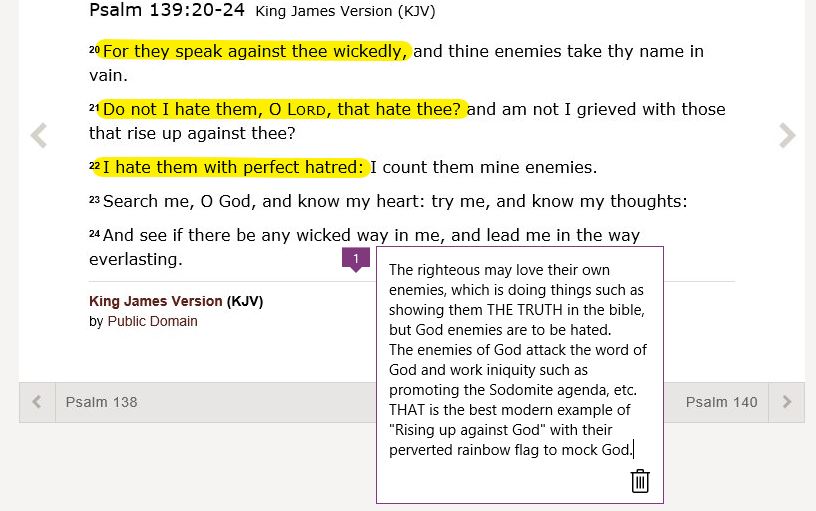